Nominations for the following Premier Awards are made by the Central Northland Science & Technology Fair Committee. 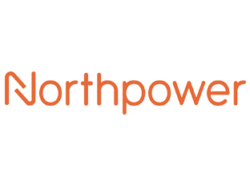 Awarded to the best project which integrates traditional scientific knowledge with traditional Māori knowledge (Matauranga Māori) or an aspect of the traditional Māori world (Te Ao Māori).
Examples might include:
An Investigation into an important element of Māori life (Tuna or Kina for example) where the findings can then benefit scientists and Iwi.

Or: An Investigation into traditional Māori medicines and the elements/properties that make made them effective.

Or: A technology project which adapts or modifies traditional tools or methods to solve a modern day problem.
Eligible projects should display more depth than just naming things in English and Māori. A Māori world view should be evident and applied throughout the entire project. It should be reflected in the topic, methods selected, reflection and application of any findings.
Sponsored by Northpower

Years 11-12 ONLY. (Year 10 Students may be considered on the understanding that if selected they will have to wait a year to receive the prize.)
An exhibit that shows a clear statement of what the experiment is trying to discover or prove, with a clear statement of method and logical conclusion.
Note to Students: The prize is an all-expenses paid week at Summer School at Otago University during January.
For more information check out the Otago University Website.
Sponsored by the University of Otago and Canon NZ

Years 12 – 13 ONLY
A tertiary award for a senior student continuing on to University education, who has entered three or more Science & Technology Fairs, consistently achieving a very high standard.

The prize is a $1000 one-off payment to assist the winner with university costs. The student will be attending a New Zealand university within five years of obtaining the award. The winning payment is made to students who are New Zealand citizens or New Zealand residents, only upon proof of university enrolment being presented to the Central Northland Science & Technology Fair Committee.

Entry Criteria: To be eligible, students must:

Awarded to the project which best demonstrates a scientific approach to solving environmental concerns affecting water and/or land.
This award recognises creative and innovative students whose project demonstrate a strong scientific approach to solving environmental issues and concerns which will, in turn, protect and enhance Northland’s environment. The region’s natural resources sustain our lives; we need to use these resources appropriately and sustainably. For example, considering water and waste management, smarter transport, environmental enhancements and education and community initiatives.

This prize is for a Year 12 or Year 13 student who has undertaken a science or technological/engineering project. This prize is worth $50,000 to the recipient. 50% of the prize will be awarded on selection and a further 50% awarded the following year.

Adjudication will be based on the following criteria:

The nomination for this award is made by the Chief Judge for the Central Northland Science & Technology Fair. However, for the nomination to be confirmed and forwarded to The Royal Society of New Zealand for entry in the national award, the nominee must meet the eligibility requirements and provide the evidence required by The Royal Society of New Zealand.

Entries must be received by The Royal Society of New Zealand by the due date.